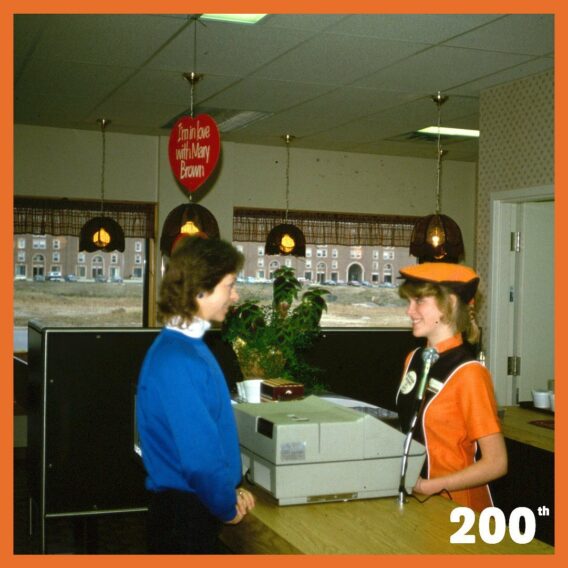 The history of fried chicken is vast; from a royal delicacy that takes hours of preparation, to a classic meal that’s enjoyed by everyone and prepared within minutes. Fried chicken has been cooked in a countless number of ways, and has embedded itself into many different cultures over the span of thousands of years.

Where It All Began

To get a full scope on the history of fried chicken we need to start from the beginning. The chickens we eat today originated from a breed of Jungle Fowl in South East Asia. Around 7,500 B.C. people living in that region domesticated Jungle Fowl and used them for entertainment (such as cock fighting), food, sacrificing to the gods and for a means of trading with other cultures. Some even saw chickens as sacred, it was believed that Jungle Fowl could predict the future because they signal when the sun came up.

Initially, Jungle Fowl only appeared on the tables of royals before it started to be consumed by the masses. It used to be a seasonal dish because the meat was too tough, so it could only be consumed when it had matured to a certain age.

Once Jungle Fowls started reproducing at rapid rates they found themselves being bred across different parts of the world. Jungle Fowl was first introduced to Africa about 2,500 years ago. Africans saw the bird as lucky and would only eat the bird on special occasions. Early accounts of fried chicken can also be noted in China. However, back then the methods used for frying the bird were not the same as the ones we use today. They had many ways of preparing it, but one popular way was frying it quickly in oil and then stewing it in a sauce for a longer period of time.

Where the Fried Chicken Recipe Originated?

The recipe for fried chicken that we are more accustomed to today was invented by the Scottish. They would batter their chicken in flour and eggs, then pan fry it in fat to get a crispy outer layer.

Through wars, cultural exchange, and settlers, the recipe made its way to England, where it was written in a popular cookbook. The earliest known recorded recipe for American-style fried chicken appears in  Hannah Glasse’s (a British writer), cookbook –The Art of Cookery Made Plain and Easy, published in Dublin in 1747.

That cookbook would eventually make its way to thousands of homes in America. In 1842 another famous cookbook was published in the U.S by Mary Randolph – The Virginia Housewife. The recipes in this book were very similar to the original written by Glass.

Through slavery, black people were introduced to this recipe. The dish quickly became a favourite, with black chefs making it for their owners and for themselves. AT this time preparing chicken was a very labor-intensive process since someone had to kill the chicken, pluck it, clean it, cut it, season, flour and cook it.

Some owners allowed their captives to have a small garden and some chickens — since a chicken was big enough to provide a meal for a family who needed the protein to perform harsh labour.

Although chicken was a crowd favourite, its abundance made it branded as poor people’s food. After the civil war, black people found themselves without food or shelter, and since many laws forbid black people from working, they were quickly labeled as lazy. Because chicken was a cheap source of food they heavily relied on it to feed themselves, however, this would be used as a mockery against them for many years to come.

From 1929-1941 America hit the Great Depression. At this time, employment rates were at an all-time low, meaning that Americans of all races found themselves needing cheaper food alternatives.

Food establishments started making foods that required minimal ingredients such as hamburgers, casseroles, and fried chicken. Fried chicken was not always the ideal option because it took almost half an hour to pan fry, but one gas station owner in Kentucky was about to change that.

Colonel Harland Sanders revolutionized the process by getting a pressure cooker and filling it with oil. What could have been a dangerous explosion, actually lead to a quicker way to fry chicken – cutting the cooking time down to a few min. With his new secret recipe in place, he began selling fried chicken out of his gas station. This method paved the way for the fried chicken fast food we know and love today.

If you are looking for the best fried chicken in Toronto, look no further than Mary Brown’s.

Menu and Delivery options vary by location. In order to best serve you, the Mary Brown’s website needs to know your location.

Menu pricing differs by province. Select your province to get started.

We're having difficulties finding your location. Menu pricing differs by province. Select your province to get started.